Free Symposium Oct 26
The Theodore Roosevelt Association, in partnership with The Theodore Roosevelt Institute at Long Island, is offering free admission to a symposium entitled TR, the Navy, and the Rise of the United States as a World Power on Saturday, October 26th at the Krasnoff Theater in the Tillis Center at LIU from 8:30am to 2:15pm. The five sessions will feature more than just the Navy. The first session, entitled TR Creates the Modern U. S. Navy, will be presented by Captain Bernard Cole, USN (Retired) who is a Professor at the National War College. The second session will feature two
former Commanding Officers and the current Commanding Officer of the USS Theodore Roosevelt (CVN-71), who will relate how--for over 35 years--this aircraft carrier has participated in U. S diplomacy. The third session, to be presented by LIU’s very popular professor and artist in residence Dan Christoffel, will treat the challenge of painting TR. The fourth session will be a short presentation by the
winner of the TRA High School Pubic Speaking Contest. Finally, there will be a world premiere of a film The Man on the Island about memorializing TR, our 26th President. Don’t miss this free event, which promises to be both enlightening and fun. 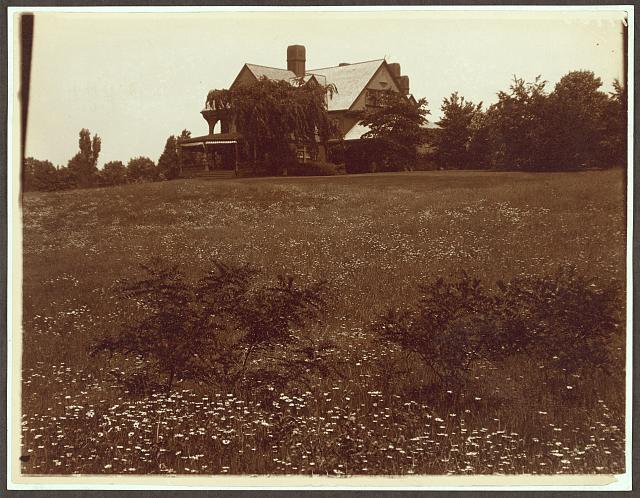 House surrounded by field of daisies at Sagamore Hill. 1904. Courtesy Library of Congress 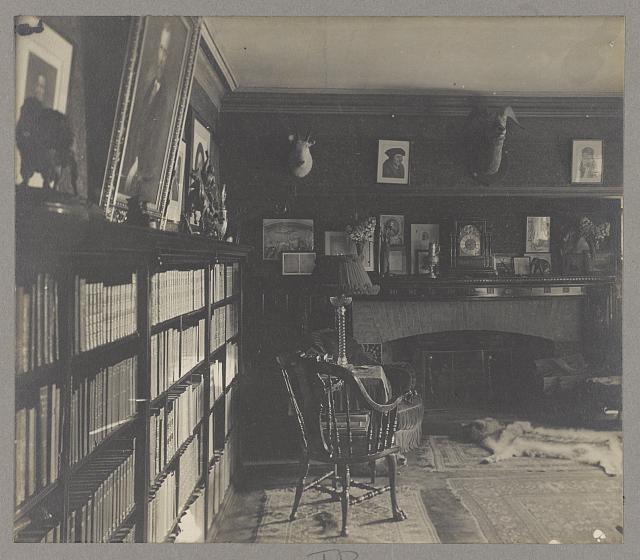